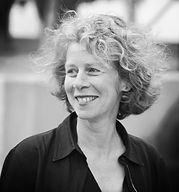 NANCY KARP has been making work in San Francisco for three decades.  She has created more than 75 dance works for her San Francisco-based company Nancy Karp + Dancers founded in 1980. Karp and the company have toured throughout the U.S. and abroad, including extended artist residencies in Germany, the former Yugoslavia, India, and Japan. She has been awarded commissions by the Für Augen und Ohren and the Sprachen der Künste Festivals in Berlin, the Cabrillo Music Festival, and the American Institute of Architects in San Francisco, among others. As an artist-in-residence at the Kyoto College of Art in Japan in 1990, she choreographed Terrace Canon, a site-specific work for 32 performers as part of the Kyoto International Contemporary Music Forum.  Site-specific performance work has been an important part of Nancy Karp + Dancers’ programming.  Performances have included site pieces commissioned for the San Francisco Museum of Modern Art, the Oakland Museum, and a commission for the Choreographers’ Festival at Yerba Buena Gardens for the work, La Processione with music performed by the Green Street Mortuary Band.Nancy has received numerous grants and awards for her work, including the Bay Area Dance Award for Lifetime Achievement in 2005, a Fulbright Senior Research Fellowship (1995-96) to India, where she worked for five months with dancers and actors from the Kerala Kalamandalam, choreography fellowships and dance company grants from the National Endowment for the Arts, California Arts Council, San Francisco Arts Commission, and the Rockefeller Foundation/MAP Fund. An active member of the San Francisco Bay Area arts community she served as a trustee of the Djerassi Resident Artists Program, chairing its Arts Committee from 1993-2000 and was a mentor in CHIME Program, Choreographers in Mentorship Exchange, in 2004-05.

In 1993, Karp’s evening-length work, Kristallnacht, Night of Broken Glass, created in collaboration with composer Alvin Curran and designers Jack Carpenter and Sandra Woodall, was premiered before sold-out houses at San Francisco’s Theater Artaud. Kristallnacht was Karp’s first work with a historical context, and received widespread critical acclaim. Subsequently, in 1995, Ms. Karp was invited to return with the Company to Theater Artaud for a second two-week sold-out run of the work.  Other major works which have toured internationally include Prima Materia (1987), with music by Ingram Marshall and visual decor by Carol Law, First Light (1985) with a sound score by Bill Fontana and visual decor by Berlin-based artist Wolfram Erber, and Dot Bunch (1984) with music by Charles Amirkhanian and visual decor by Carol Law.

In 1986 she published Six Dances/Nancy Karp, a limited boxed edition of dance scores, and in 2003 published a second edition of scores, photographs, essays and drawings entitled Nancy Karp + Dancers: Dances 1977-2003. Karp and the dance company also released Four Dances: The Music, a selection of music compositions commissioned by the New Arts Foundation/Nancy Karp + Dancers for choreography by Nancy Karp. Memory/Place, in a limited edition of 50, was released in April 2019, and is a collection of selected drawings from Karp’s notebooks from this work.

Originally from New Orleans, LA, Sonsherée Giles is a dancer, choreographer, teacher, and costume designer. She enjoys making dances based on observations of animals, landscapes, art history, and daily life experiences. Sonsherée has an MFA in performance/choreography from Mills College and is currently rehearsal director and artistic advisor with AXIS Dance Company. She has taught contemporary dance in public school systems, institutions, dance festivals and universities. Sonsherée has received an Isadora Duncan Award for ensemble performance, and a Homer Avila Award for Excellence in the field of integrated dance. She is delighted to be dancing with Nancy Karp + Dancers and can also be seen with Flyaway Productions and Lizz Roman & Dancers. 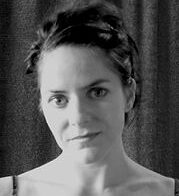 Katie Kruger has been performing and teaching dance since returning to the Bay Area in 1998.  In recent years she has worked with notable choreographers and companies including Paufve Dance, Ahdanco, Rogelio Lopez, and Nancy Karp. She has taught in multiple private and public schools and dance centers to students of all ages. She is currently the Director of the Shawl-Anderson Dance Center Youth Program as well as on faculty at Head-Royce School in Oakland for K-12 students. 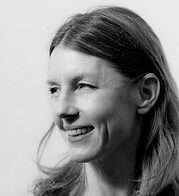 Amy Lewis has been immersed in the Bay Area dance scene since 2005. She has performed the works of Sonya Delwaide, Molissa Fenley, Sonsherée Giles, Margaret Jenkins, and Alex Ketley, among others. Lewis’ choreographic work has been supported by various festivals, choreographic programs, commissions, and residencies. Lewis holds a BA in theater from UCLA, an MFA in dance from Mills College, and an MLIS from SJSU. 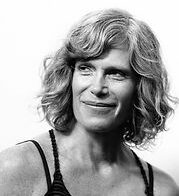 Nol Simonse is from Washington, D.C., and trained at the Boston Conservatory of Music. He moved to San Francisco in 1997, and helped form the punk rock dance company, Kunst-Stoff. He has worked extensively in the Bay Area, with Stephen Pelton, Eric Kupers, Kara Davis, Christy Funsch, Janice Garrett, Charles Moulton, Sean Dorsey, Carey Perloff, and Val Caniparoli. Nol teaches modern at the Lines Dance Center and Shawl-Anderson Dance Center. He has been awarded an Izzy, a GOLDIE, Luna Dance Institute’s Choreofund prize, and was a CHIME artist in 2017 with mentor Margaret Jenkins. 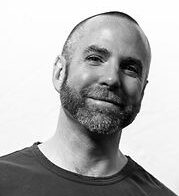 Elizabeth Zepeda holds both a B.A. and M.F.A., and is a graduate Saint Mary’s College and Mills College dance programs. She is a founding member of Angela Demmel and Dancers. When not dancing, Eli likes to sew, read, and spend time with her husband and son. She is honored and excited to be dancing with Nancy and the company. Jay Cloidt is a composer and sound designer based in the San Francisco Bay Area. Jay has composed for many notable ensembles, including the Paul Dresher Ensemble, the Margaret Jenkins Dance Company, ODC/San Francisco, Joe Goode Performance Group, and Kronos Quartet. His works have been performed extensively by these groups and others in the U.S., Europe, and Asia. A CD of string quartets performed by the Cypress String Quartet, Spectral Evidence, is available on MinMax Records. Sequenza/21 described the recording as “… subtle, moody, sensitive, and immensely listenable … engaging, attractive, and extremely crafty.” A CD of songs from the theater work D’Arc: Woman on Fire, with vocalist Amanda Moody, is also available on MinMax.

Hailed by The San Francisco Chronicle for its “resourceful intricacy and variety of writing,” David A. Jaffe’s music traverses an expansive landscape, from American bluegrass to Yiddish folk melodies. A protege of composer Henry Brant, Jaffe has written over a hundred works spanning all genres of classical music. He received the Doctor of Musical Arts degree from Stanford University and has taught at Princeton University, Melbourne University and the University of California San Diego. His works have been presented by the San Francisco Symphony, the Brooklyn Philharmonic, the Russian National Orchestra, the Saint Paul Chamber Orchestra, the Lithuanian Opera and Ballet Theatre Orchestra and numerous chamber ensembles; and featured at such international music festivals as Other Minds, the Berlin Festival, the Bergen Festival, the Warsaw Autumn Festival, the Venice Biennale, and the American Festival in London. He has been awarded commissions from the Kronos Quartet, Chanticleer (as their National Endowment for the Arts Composer-in-Residence), Cello Octet Amsterdam, the Lafayette String Quartet and others. His music has been recorded extensively. Further information at jaffe.com.

Sandra Woodall is a visual artist and scenic and costume designer. Ms. Woodall has contributed scenic and costume designs to San Francisco Ballet, Frankfurt Ballet, Stuttgart Ballet, the Bolshoi Ballet, and the national ballet companies of Finland, Georgia and Norway, the State Opera Ballet of Austria, Dance Theatre of Harlem, the Royal Winnipeg Ballet, Hubbard Street Dance Project, and Singapore Dance Theatre as well as Nancy Karp + Dancers, on many occasions. She has received five Isadora Duncan awards in dance, and many Critics Circle awards in theatre. In 2015-16, Ms. Woodall contributed scenic and costume designs for the premiere season of Theatre Above in Shanghai, China, working with playwright and director Stan Lai. In 2019, she again worked with Mr. Lai in Berkeley and in Shanghai on the premiere of his six-hour production AGO. She has worked with many other choreographers, including Val Caniparoli, Jorma Elo, Trey McIntyre, Yuri Possokhov, Amy Seiwert, Michael Smuin, Helgi Tomasson, Della Davidson, Victoria Mordan, Adam Hoagland, Margaret Jenkins and Brenda Way, among others.

Chelsea holds a Bachelor of Science in Psychology and Contemporary Dance from Michigan State University, and her Master’s of Arts in Dance Movement Therapy & Counseling from Columbia. She began studying yoga and personal training in 2013, to better understand the science and philosophy behind the human trinity – body, mind, and soul. Chelsea has lived in the Bay Area for 9 years, performing with Roxanne Gray, Cat Call Choir, Sarah Bush Dance Project, Stephanie Unger & Co., and Caroline Liviakis & Co. She has studied Aerial Dance with Bandaloop and Flyaway Productions, and produced a dance film featured in the Bliss Dance Film Festival. She assisted in managing Margaret Jenkin’s Dance Company’s 50th season, and is elated to be on the Nancy Karp + Dancers team. Alexa has been dancing for 11 years, beginning her journey with a newly established hip-hop by the name of Talent Allstars. She was introduced to a variety of styles including Jazz, African, and Pom (cheer), all while being able to travel, to compete, and perform. After 5 years with Talent Allstars, she joined an organization called Project Level, a non-profit that encourages youth to pursue the arts. This work inspired Alexa to pursue dance as a career. She began taking classes, auditioning, and engaging in conventions throughout California. Alexa is a senior at Saint Mary’s College of California, studying JCL (Justice, Community, and Leadership) in order to earn her elementary teaching credential, as well as a Dance
degree. She is expanding her movement language studying new styles such as modern, Ballet Folklorico, and West-African dance.