In 1985, Ms. Karp, with the co-sponsorship of the Goethe Institute in San Francisco, invited the visual artist Wolfram Erber to be in residence with Nancy Karp + Dancers and to collaborate on First Light. Ms. Karp also invited sound artist Bill Fontana and costume designer Sandra Woodall to join her in the making of this new work. The point of departure for First Light was the ambience of daybreak in the rainforests of Australia. Recordings from the rainforest became the sound score and ground for the work. Mr. Erber created an environment of lines of light projected across the stage space. Lights were re-sequenced every six seconds creating an ever-changing landscape. Ms. Karp designed movement patterns to interact and crisscross the horizontal lines of light. The hooped Bauhaus-influenced costumes created by Ms. Woodall echoed the visual scheme set-up by Mr. Erber. 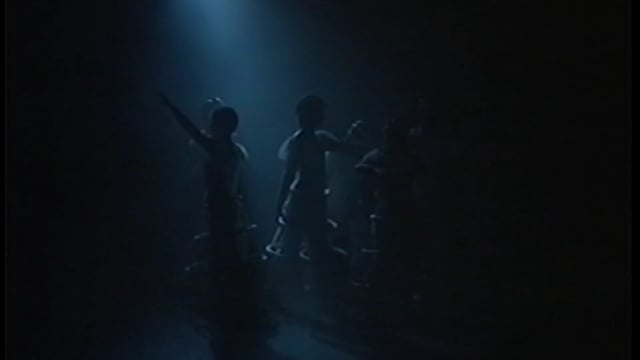 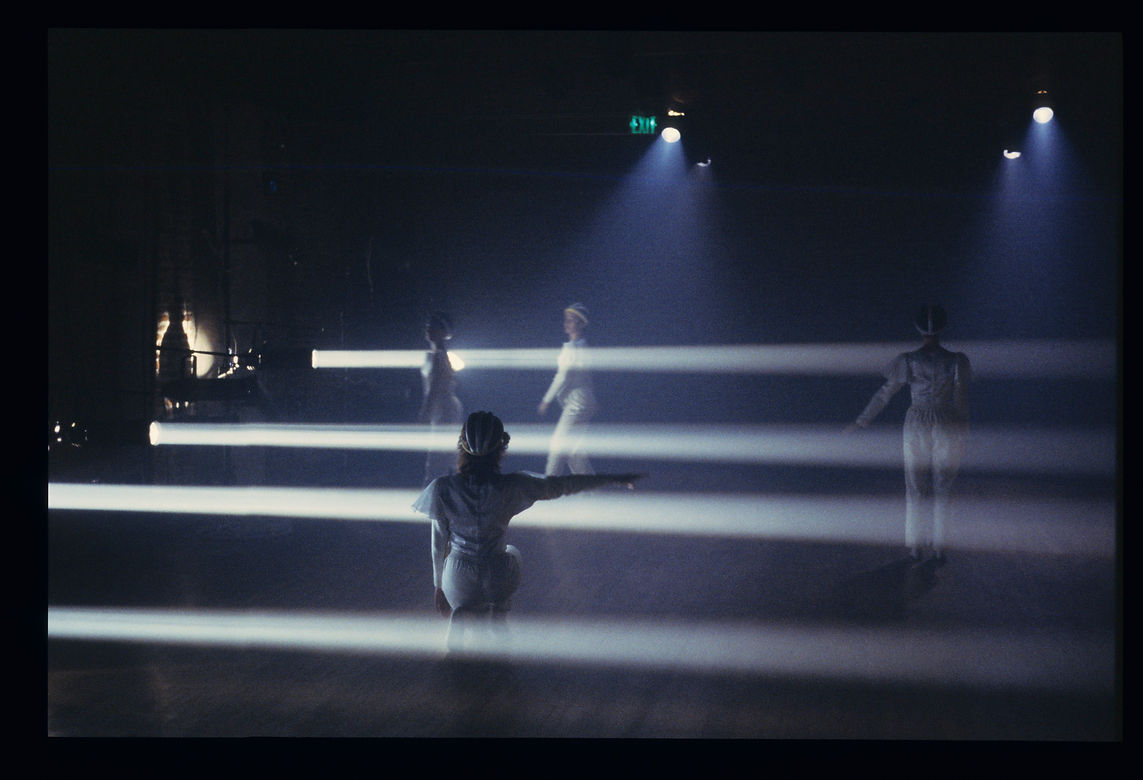 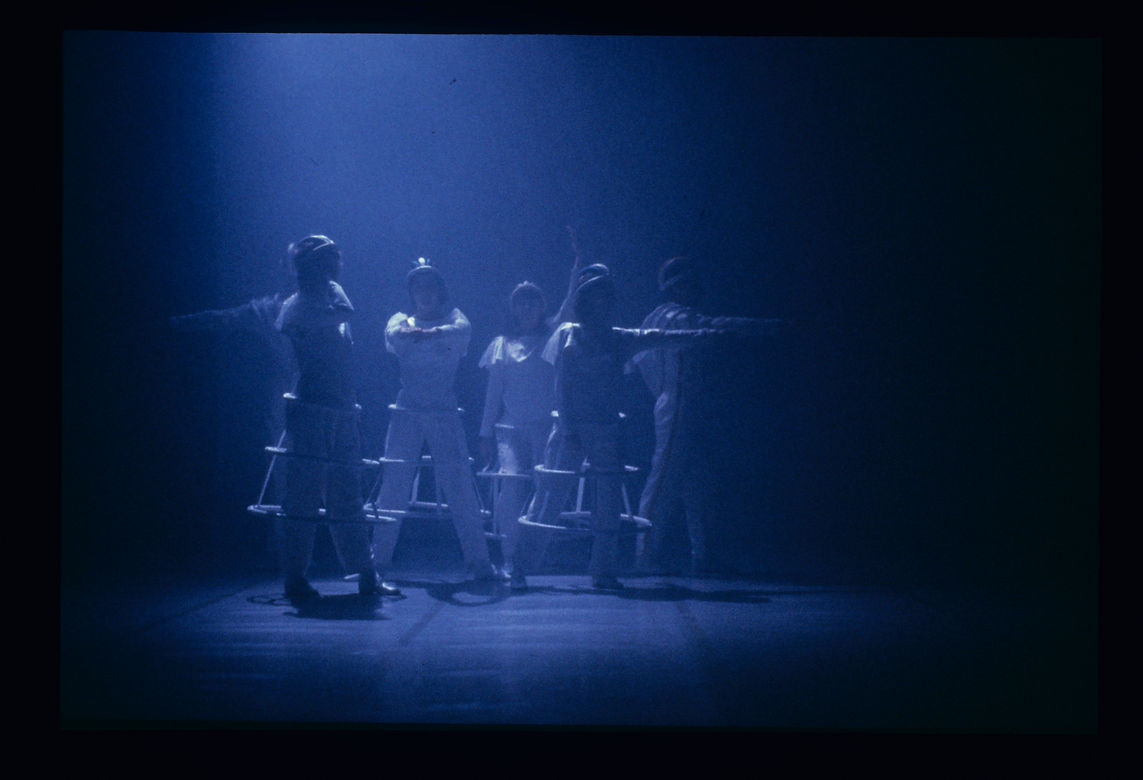 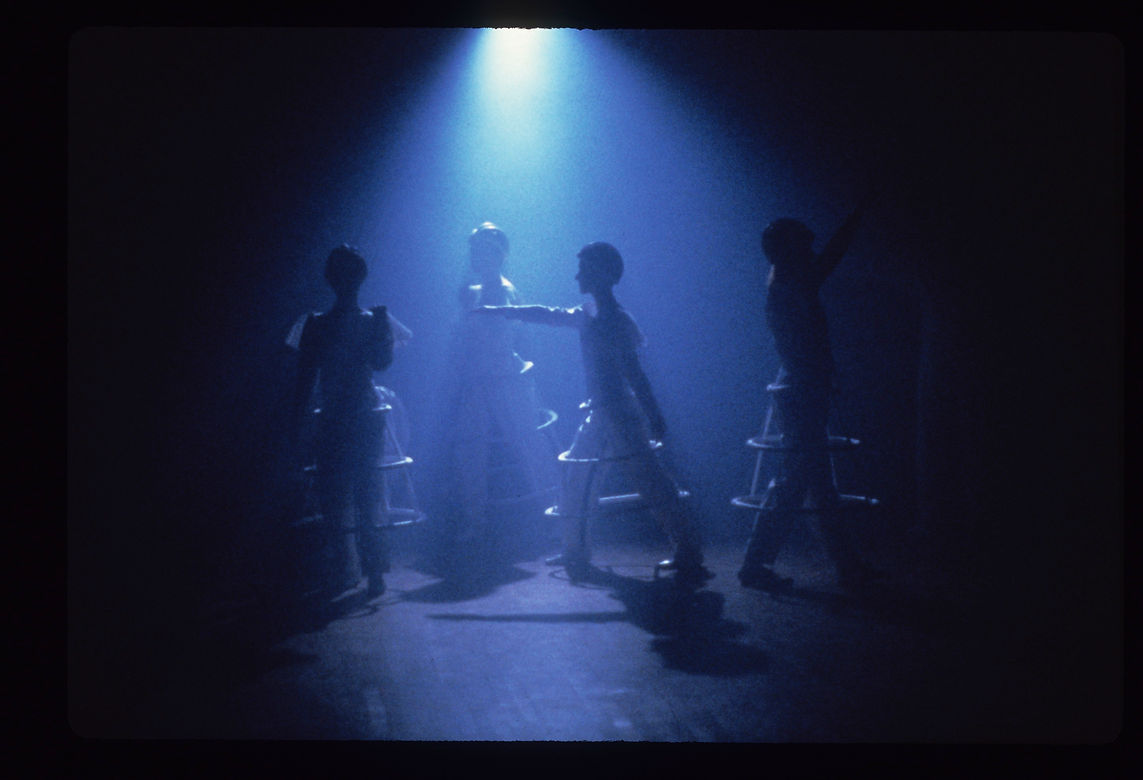 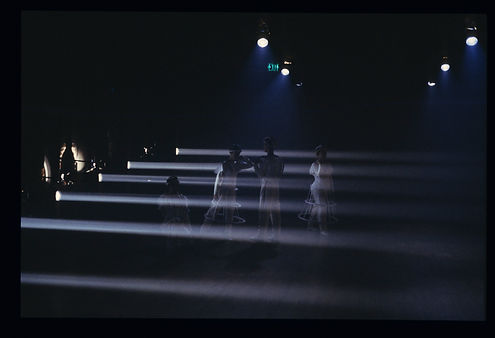 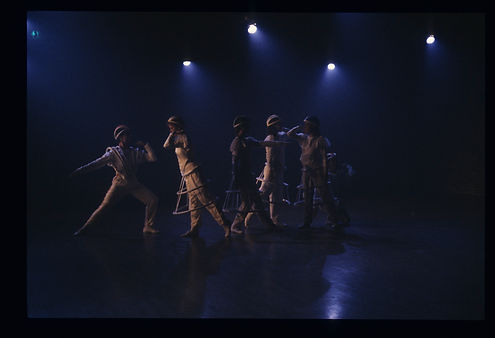 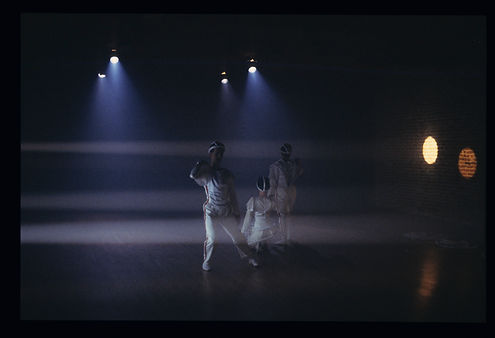 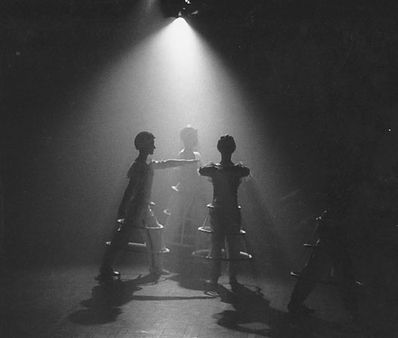