A site-specific solo work choreographed and performed by Nancy Karp for the Artesiana Festival at the Villa Romana del Casale in central Sicily.  “the gesture, but not the target”, created specifically for the Villa site abstracted everyday actions and gestures found on ancient Greek vases as well as the mosaics at the Villa*.  The work was designed to be viewed from the observation walkways above the central Peristyle courtyard. August 2012.

*The Villa Romana del Casale, located near the town of Piazza Armerina in Sicily is a UNESCO World Heritage site generally believed to have been built near the end of the 3rd century/early 4th century AD, and is known for its exquisite ancient Roman mosaic floors. 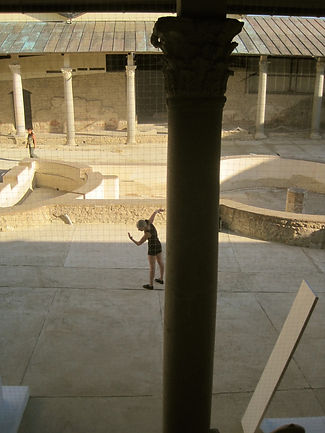 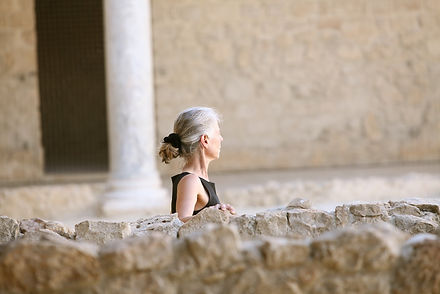